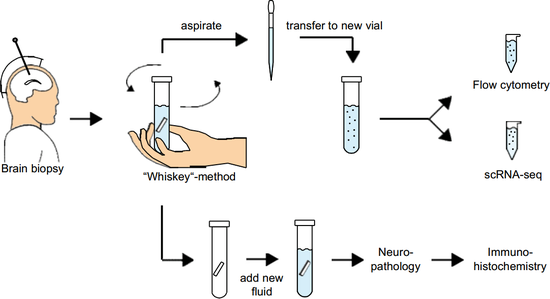 Stroke-specific myeloid cells in the brain parenchyma and pia 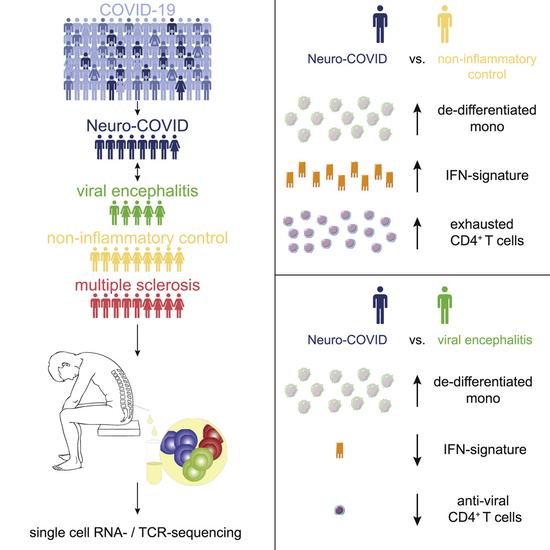 Single-cell atlas of cerebrospinal fluid in Neuro-COVID and controls 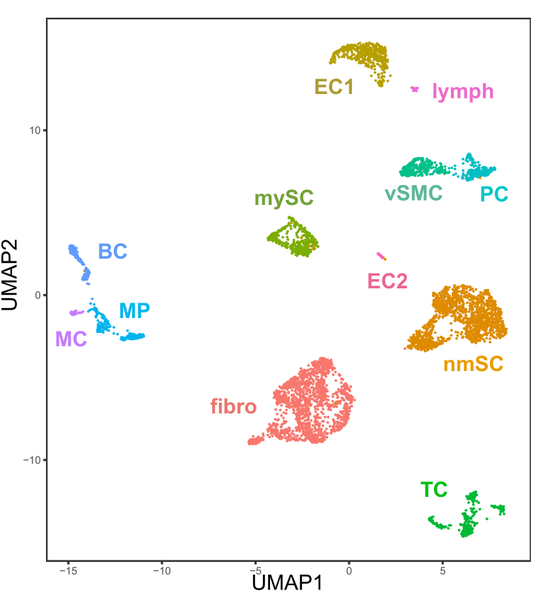 Redefining the heterogeneity of peripheral nerve cells in health and autoimmunity 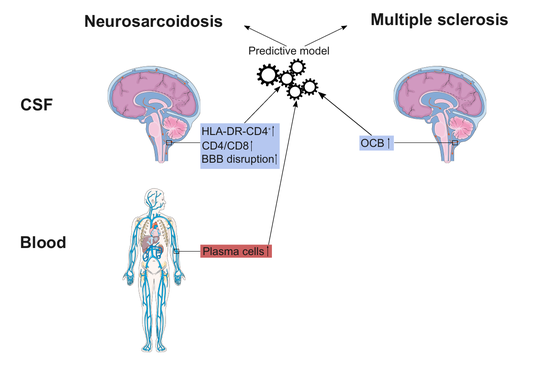 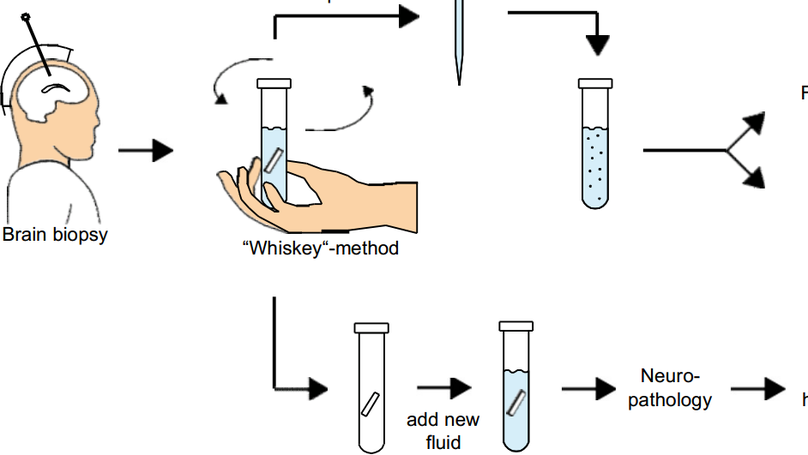 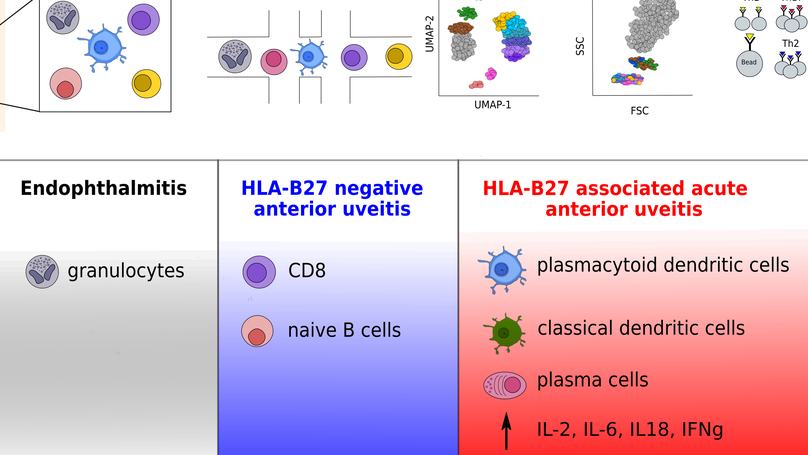 Uveitis describes a heterogeneous group of inflammatory eye diseases characterized by infiltration of leukocytes into the uveal tissues. Uveitis associated with the HLA haplotype B27 (HLA-B27) is a common subtype of uveitis and a prototypical ocular immune-mediated disease. Local immune mechanisms driving human uveitis are poorly characterized mainly due to the limited available biomaterial and subsequent technical limitations. Here, we provide the first high-resolution characterization of intraocular leukocytes in HLA-B27-positive (n = 4) and -negative (n = 2) anterior uveitis and an infectious endophthalmitis control (n = 1) by combining single-cell RNA-sequencing with flow cytometry and protein analysis. Ocular cell infiltrates consisted primarily of lymphocytes in both subtypes of uveitis and of myeloid cells in infectious endophthalmitis. HLA-B27-positive uveitis exclusively featured a plasmacytoid and classical dendritic cell (cDC) infiltrate. Moreover, cDCs were central in predicted local cell-cell communication. This suggests a unique pattern of ocular leukocyte infiltration in HLA-B27-positive uveitis with relevance to DCs. 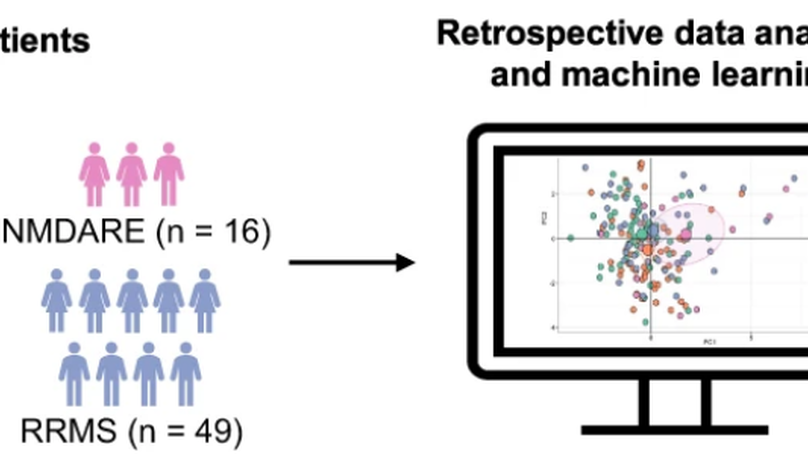 We performed basic CSF analysis and multi-dimensional flow cytometry of CSF and blood cells from 59 patients with primary psychotic disorders in comparison to inflammatory and non-inflammatory controls. We found an expansion of monocytes in the blood and CSF of psychosis patients. A machine learning model incorporating blood and CSF parameters differentated psychosis from non-inflammatory controls better than individual paramaters. 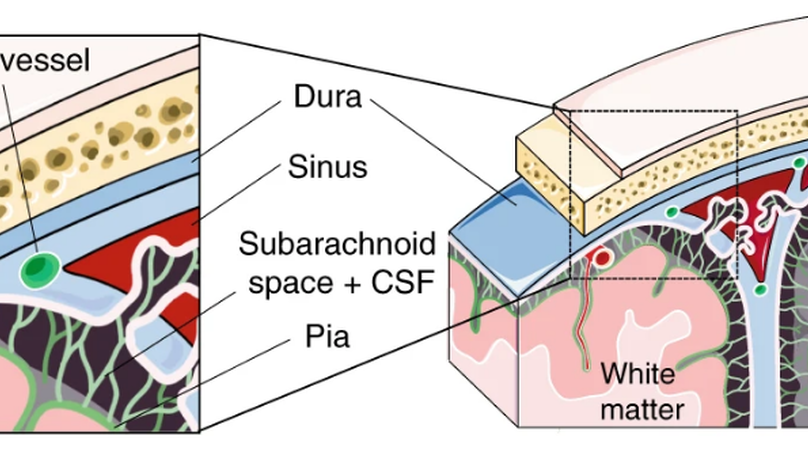 Single-cell profiling of CNS border compartment leukocytes reveals that B cells and their progenitors reside in non-diseased meninges.

Based on single-cell transcriptomics, we here identify a highly location-specific composition and expression profile of tissue-resident leukocytes in CNS border compartments featuring B cells and their progenitors in the dura as an unexpected site of B cell residence. 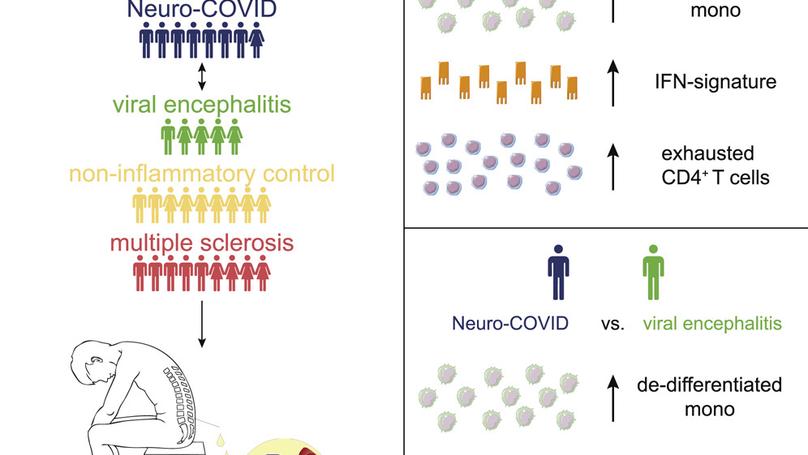 We utilized single-cell sequencing and examined the immune cell profiles from the cerebrospinal fluid of Neuro-COVID patients and discovered an expansion of dedifferentiated monocytes and exhausted CD4+ T cells. 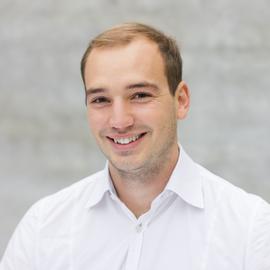 I am a clinical scientist interested in neuroimmunology, data analysis and single cell transcriptomics. I work as a resident physician in the Department of Neurology of the University Hospital Münster and am part of the mzhlab.